Louise set to compete in the Woodland Celtic Games 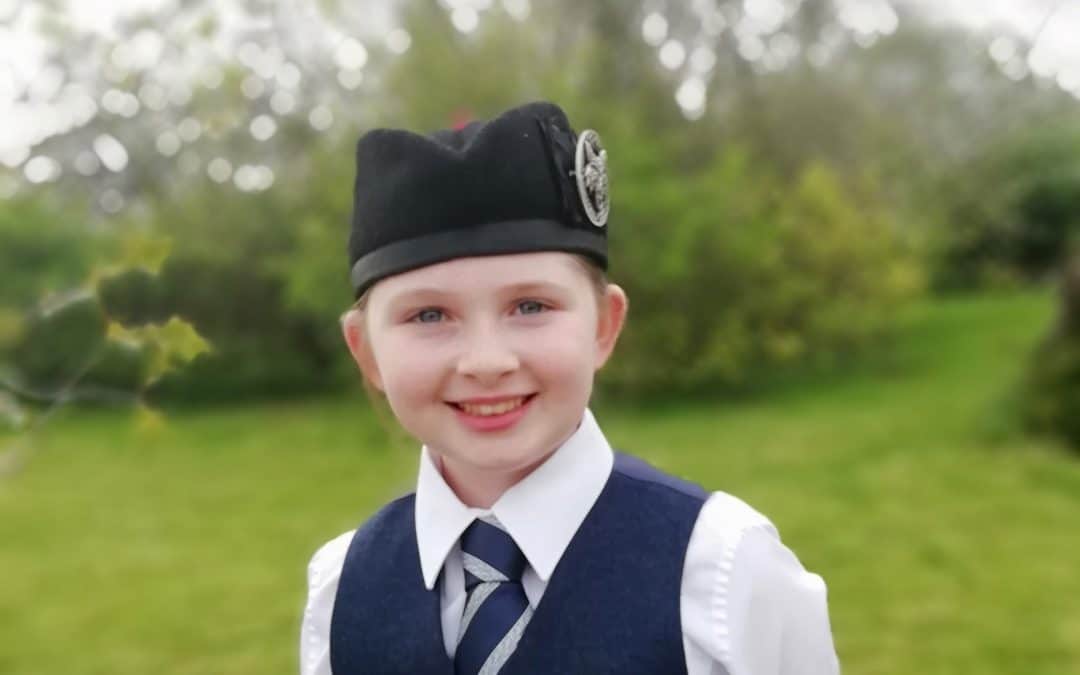 Louise Smiton (Year 9) has been training and developing her skills as a Drum Major, practicing up to three times per week for the last seven years. She has competed at both local and major competitions run by the Royal Scottish Pipe Band Association and the Northern Ireland branch for the last six years under the guidance of Andrea Gibson and the Co.Armagh Drum Major Class. The competition season includes most Saturdays from May to the end of August and has been a huge commitment for Louise.

Last year Louise lifted five 1st place awards and four 2nd place awards out of nine local championships, resulting in her achieving the title of Ulster Champion and Mid Ulster Champion amongst others. This in turn led to Louise being titled the 2018 Novice Champion of Champions in Northern Ireland- such a prestigious award.

This year Louise has moved up a grade and has competed all season with competitors up to the age of fourteen. Despite this change she has had a fantastic season, lifting prizes at most local competitions and also at Scottish Major competitions, including 3rd in the Scottish Championships. She also finished the season with a very impressive 2nd place in the Ulster Championships in Newcastle.
Louise is registered with Closkelt Pipe Band and in April 2020 she will travel to Sacramento in California to compete in the Woodland Celtic Games. Louise is one of ten drum majors travelling to take part in the two day competitions. This is a fantastic opportunity for Louise and is well deserved with the effort and time she puts in to her practice. We look forward to hearing about how she gets on next year!

RSD Showjumping Team
Alice in Wonderland and Through the Looking Glass