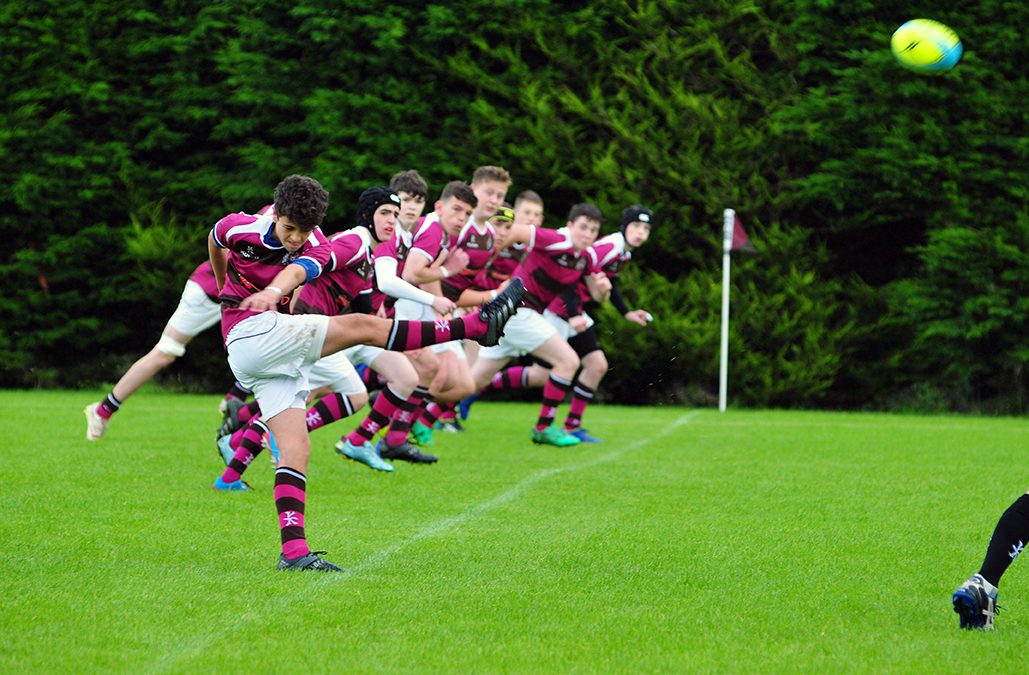 On Saturday 9th September, a large crowd was present as the RSD Medallion hosted their counterparts from Friends’ School, Lisburn on the Armstrong Field in the inaugural match for The David Shrestha Shield.  A period of applause was held just prior to the kick off.

RSD started the match with a bang with number 8 Jamie Allen bagging a hat trick inside 15 minutes: the first after good work by open side flanker Michael Tate; the second came when he ran a good support line; and the third was a “pick and go” from the back of a ruck.  Nathan Shaw added two conversions.  From the restart, RSD centre and captain Jordan Redmond saw space open up in front of him and he ran in from 30 metres to leave the half time score 24 – 0 in favour of the home side.

Early in the second half a strong run by full back Joshua Pinkerton was followed by several rucks before Michael Tate crashed over for an unconverted try.  Friends’ School gradually became more confident in their play and put several phases of play together but could not breach the RSD defence.  Mid way through the half, good work by Ben Kelly was followed up by several close drives by the forwards resulting in a fourth try for Jamie Allen which Nathan Shaw converted.

Near the end of the match, Joshua Pinkerton completed the scoring in the left corner following good off-loads by Jordan Redmond and Michael Tate.  Jamie Allen was named as man of the match.

At the end of the match, RSD Headmaster Dr Burnett thanked everyone who came along to support the boys and the Shrestha family.  He then congratulated both teams on the good spirit in which the match was played before presenting the shield to the RSD captain, Jordan Redmond.