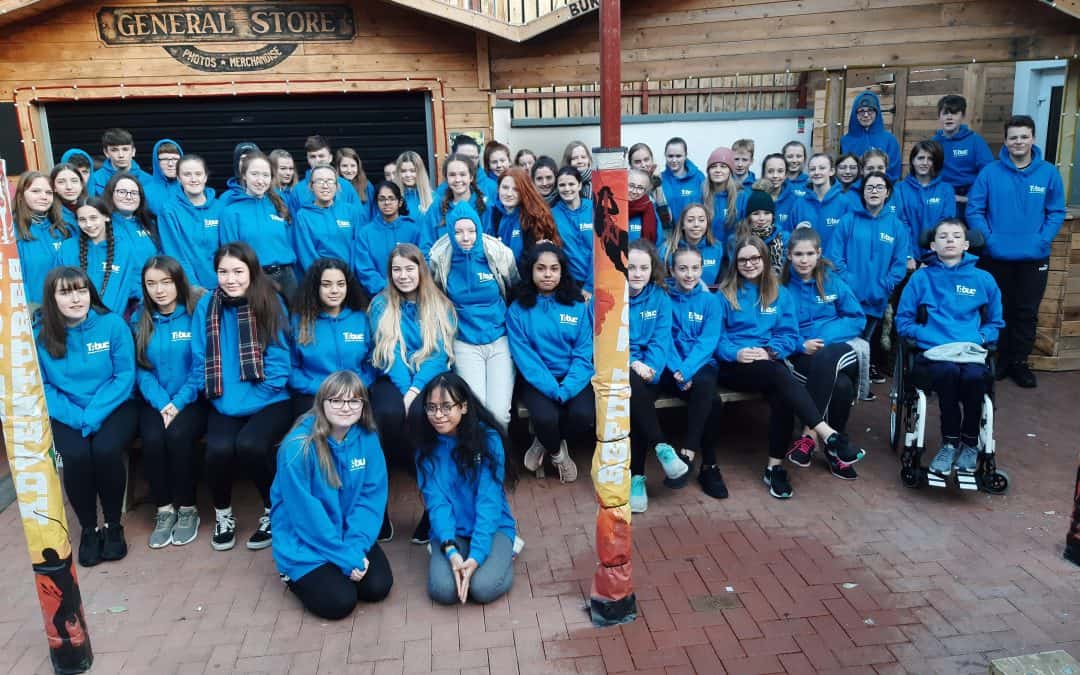 Year 10 and Year 13 pupils from St. Patrick’s Academy and RSD, took part this week in their Biodiversity three day camp, funded by TBUC. TBUC stands for Together Building United Communities. Pupils took a biodiversity survey of the grounds of both schools and identified main areas in which the biodiversity could be improved. They then researched improvements including building bird boxes, hedgehog boxes, bug hotels, composting heaps and flower beds to include wild flowers and decorative flowers to attract insects and bees. Each group of pupils then worked on a presentation bid which will be given next week to the Headmaster and grounds men at the school to see if these ideas can be developed.

As part of the camp a day was spent at Todds Leap to develop relations between the two school groups and help promote team work, which will be necessary when the upgrading of the grounds begin. Pupils enjoyed a range of activities together, as seen in the pictures! Mrs Hampton stated that “it was a very enjoyable three days during which the pupils learnt a lot. Hopefully the school will see the benefit of this hard work in Spring.”