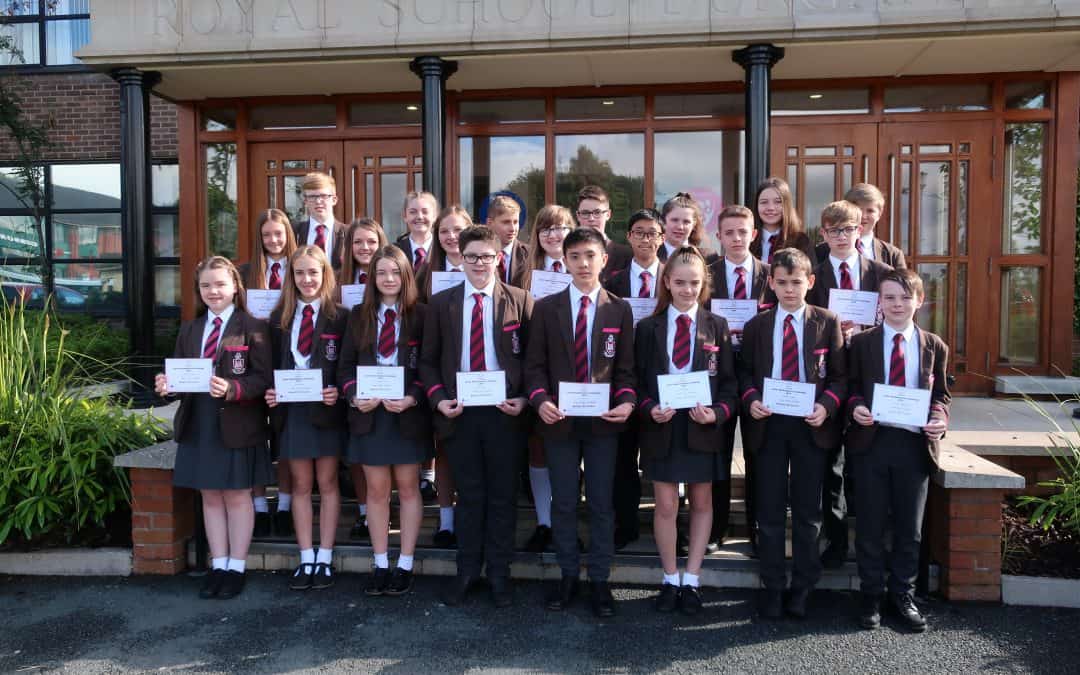 The UK Mathematics Trust organises national mathematics competitions and other mathematical enrichment activities for 11-18 year old UK school pupils. In the last academic year over 600,000 pupils from 4,000 schools took part in the three individual challenges. Back in April, all of Year 9 were brave enough to take the UK Junior Mathematical Challenge which involves answering 25 multiple choice questions in one hour. There was a small competition within each of the classes although only chocolate was at stake. In 9P the lucky recipients were Louis Cavanagh, Chloe Farley and Laura Birnie. For 9Q it was Elena Wallace, Nicholas Carson and Harry Wilson while in 9R Genna Gilpin, Stefan Thompson and Jayne Courtney came out victorious. For 9S, the top three were Emylene Eldon, Matthew Moan and Thomas Li.

Happily, many of them were also rewarded with certificates this week from UKMT for their efforts. 21 pupils (pictured) were presented with bronze certificates while special mention must go to Elena Wallace and Stefan Thompson who scored so highly they were awarded a silver certificates. The best total in the whole of Year 9 was achieved by Genna Gilpin and the headmaster presented her with the cut glass trophy for ‘Best In School’ along with her gold certificate. Genna was also invited to take part in the Junior Mathematical Olympiad and Kangaroo. Congratulations to all of our pupils involved for such a fantastic achievement!