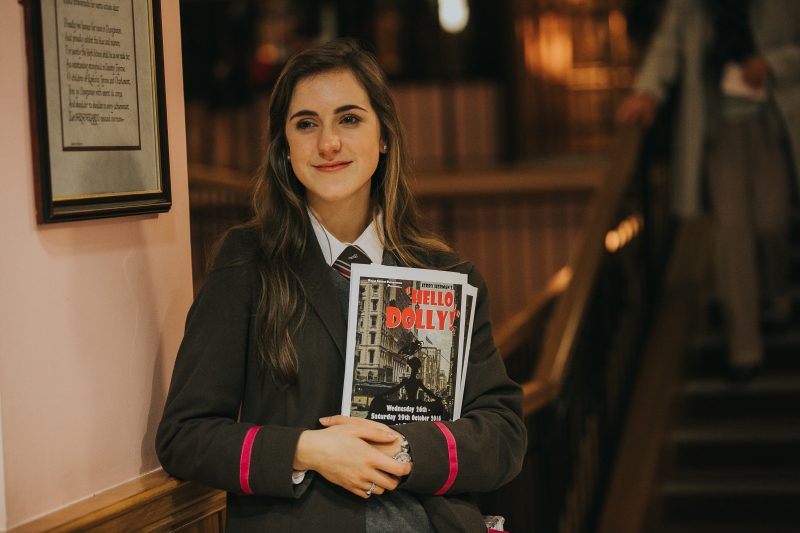 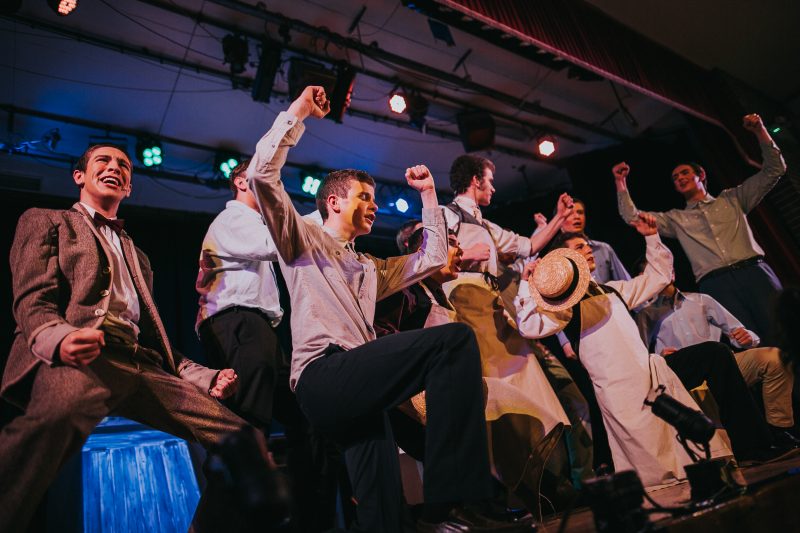 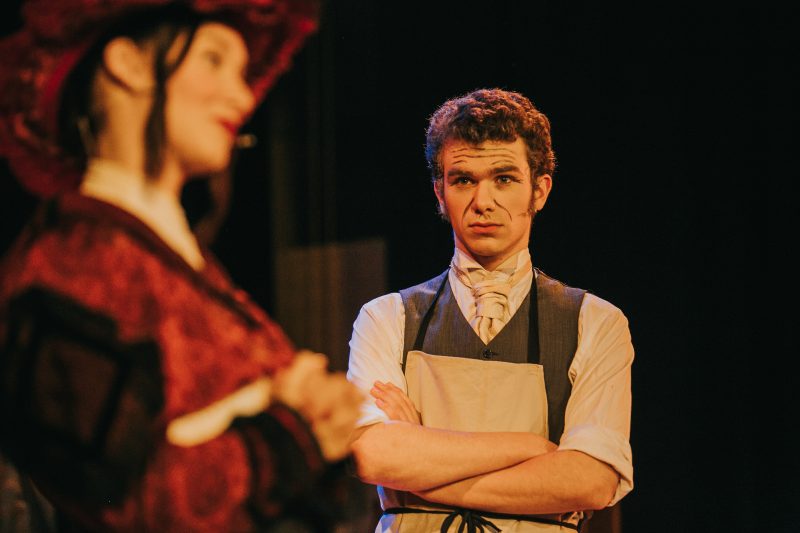 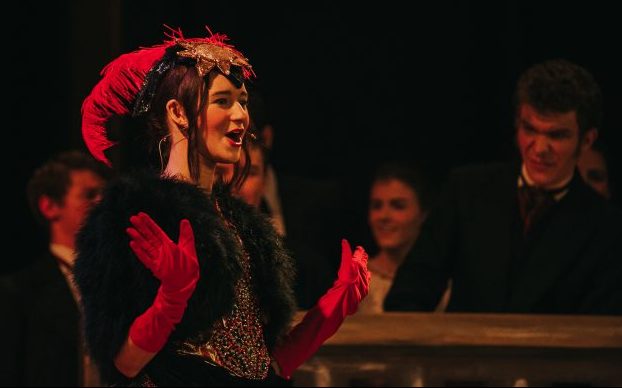 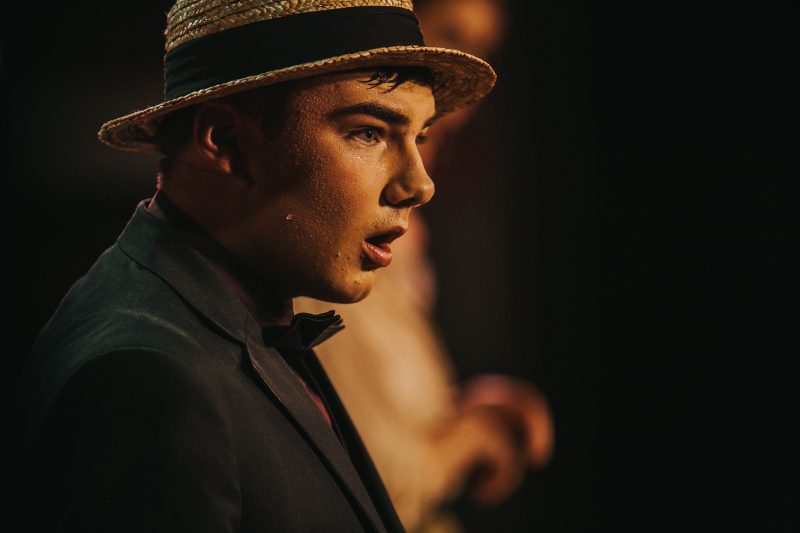 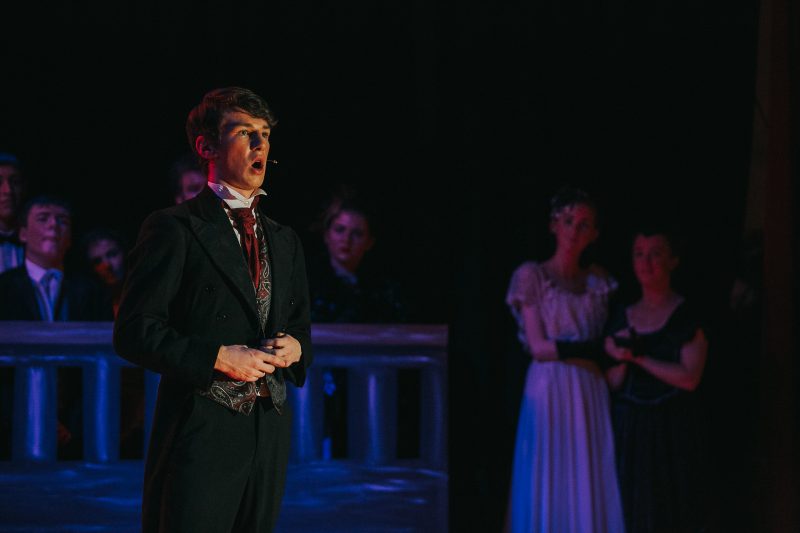 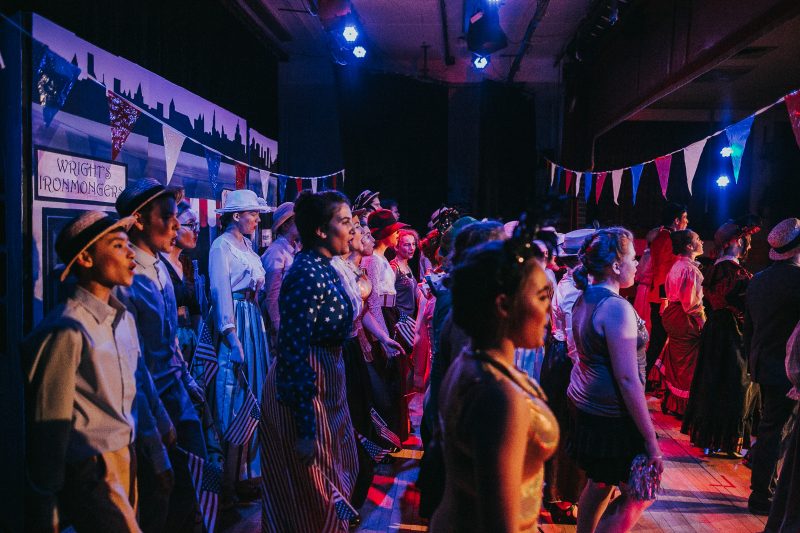 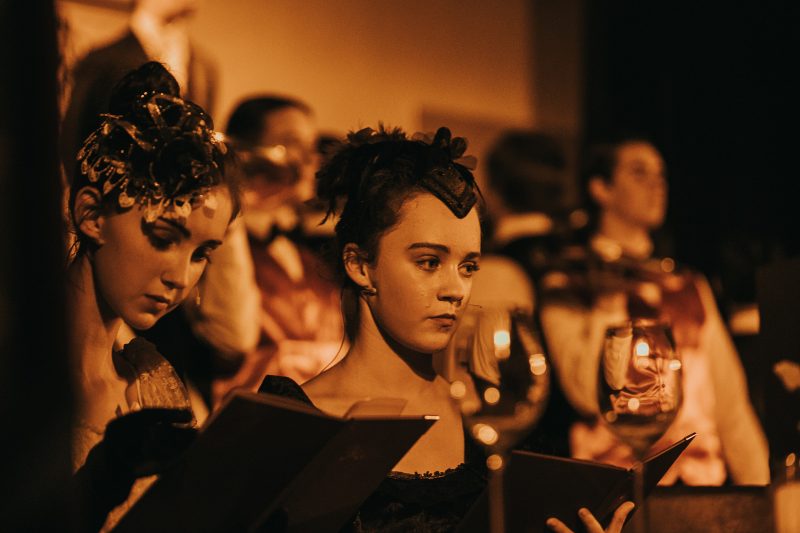 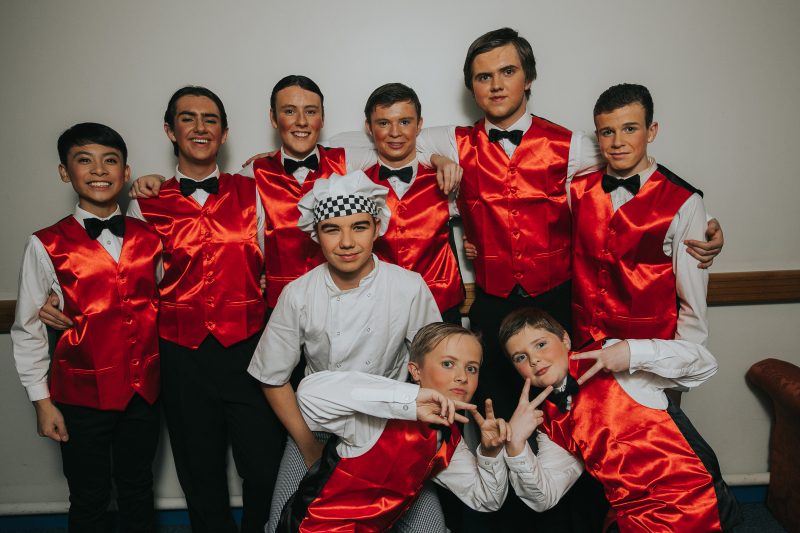 Last week, for 4 nights from Wed 26th to Sat 29th Oct here in the hall, large audiences enjoyed the school’s annual production, Hello Dolly! They were transported back to the gleaming lights of 1890s New York City where matchmaker Dolly Gallagher-Levi is trying to help couples find wedded bliss.

The meddlesome and life loving Dolly –portrayed by Lauren Boyd- has her eyes set on marrying the austere but rich Horace Vandergelder, played by Reuben Morrow. The rather paradoxical pair were well balanced out by the comic timing and antics of Vandergelder’s employees, Cornelius Hackl and Barnaby Tucker, who mischievously decide to abandon their post at Vandergelder’s ‘Hay and Feed Store’ to take their first afternoon off. The comedic double act was taken on by Andy Irvine as Cornelius and Stephen Black as Barnaby, each gentleman displaying a great understanding of their roles as well as authentic and crisp New York accents. Their seemingly harmless afternoon off results in a rather awkward and humorous encounter with respectable millineress Irene Molloy, portrayed by Laura Saunders, and her assistant Minnie Fay, played by Bebhinn Elliott-Murphy. The slapstick comedy of their performances alongside their singing and dancing had the audience eating out of their hand.

An invitation for dinner sees the four head off to The Harmonia Gardens, or as Horace puts it, ‘the most expensive restaurant in town’, run by the flamboyant head waiter Rudolph Reisenweber, played by Adam McFarlane, and his team of talented waiters, comprised of boys from first year all the way to upper sixth, as well as a few teachers thrown into the mix! Whilst at the restaurant, the scheming Dolly sets Horace up with the supposedly wealthy Ernestina Money, played by Dion Di Maio, knowing he won’t like her and hoping to persuade Horace that Dolly herself would make a much better match. This quickly turns sour after a disastrous polka dance competition, where Horace becomes enraged that his tearful young niece Ermengarde, played by Laura Anderson, is seeing artist Ambrose Kemper, played by David Saygi.

After a misunderstanding and an uproarious fight scene, Cornelius and Barnaby are fired by Vandergelder and the rest of the characters are swiftly arrested in a hilarious manner. However, the crafty Dolly Levi, who always has an answer for everything, swoops in to save the day and prevents the sentimental and pernickety Judge, portrayed by the very funny Matthew Scott, from sentencing her friends to a miserable end. All of the couples stories end in ‘happily-ever-after’ with Horace realizing that he really does love Dolly and they agree to marry.

The talented principal roles were well supported by an equally talented group of chorus members and dancers from all years, who graced the stage at each performance with an air of confidence, enthusiasm and dedication, enhancing the toe-tapping, show-stopping numbers, such as ‘Call on Dolly’, ‘Put on your Sunday Clothes’, ‘Elegance’ and the famous title song, ‘Hello Dolly’, backed up by a superb band, which included both RSD staff and pupils, music tutors and RSD past-pupils.

The gifted cast were guided by Mr McDowell as director, Mr Cuddy taking on the role of producer and Mr Boyd as musical director with past pupil Abby Anderson lending her time as production assistant. The quality of acting, singing and dancing was superb and made the whole production come alive and really draw in the audience. As always, a large group of pupils volunteered their efforts in other equally important parts of the production, such as backstage, props, sound, lighting as well as Miss Robinson’s and Miss McCombe’s hair and makeup team and Mrs Kerr’s and Mrs Chamber’s costume committee. Art and DT departments set design and construction were impressive and added atmosphere. Special thanks must also go to Mr David Johnston and Miss Jade Hegarty for all their work on the set. The program team and staff and students who organized refreshments at the interval each night also added to the audience’s experience.

Each night went down as a huge success, with continual applause and standing ovations- all well deserved by cast and crew. It is safe to say that each and every audience member left the performance feeling uplifted by the witty and delightful storyline and singing along to their favourite tunes.

END_OF_DOCUMENT_TOKEN_TO_BE_REPLACED 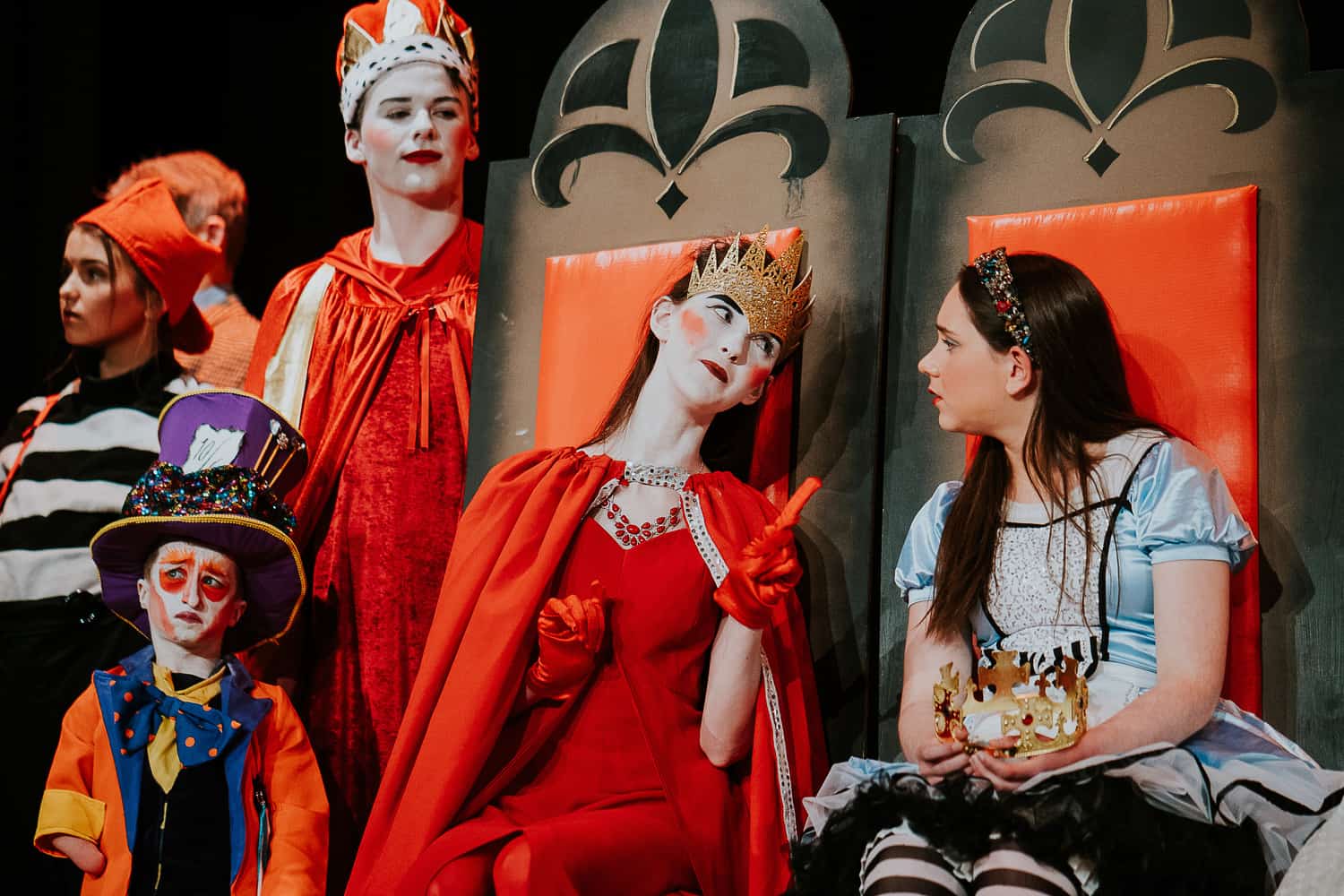 Alice in Wonderland & Through the Looking-Glass